We're back in regular schedule mode. We had a great St. Patrick's Day eve session and lamb roast and are looking forward to spring and some more events! We've got some exciting stuff in the works...

Meet the Brewer Night: Big Spruce Brewing
The first in what we hope will become a regular series of evenings of great local food and beer  will kick off with Jeremy White of Big Spruce Brewing
Details TBA, proposed date, April 19th - so pencil it in!

Plus the following musical acts: 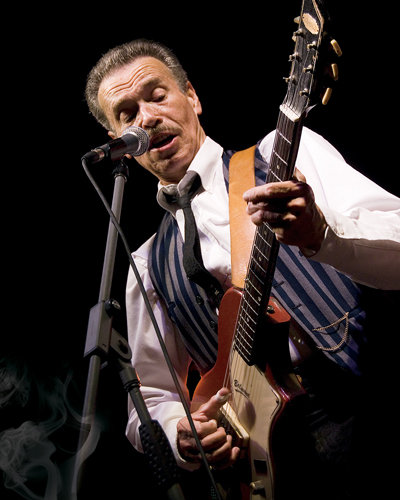 The Townhouse is pleased to be bringing back Juno and Maple Blues award winning performer for an intimate show. He has a huge following, but in case he's new to you, here's some background on Davis from his website:

For nearly four decades Morgan Davis has been on the road travelling across Canada, the United States and Europe. His performances draw from a rich tradition of country blues, as well as his own contemporary songs infused with wit and a large dose of humour.

Originally from Detroit, Davis grew up listening to a prolific mix of rhythm and blues. The music of Jimmy Reed, Ike and Tina Turner,Chuck Berry and Fats Domino was in the air. He later moved to California with his family, and then in 1968 left for Canada.

While living in Rochdale College, Toronto's mecca for the subculture of the late 1960's, he immersed himself in the study of Delta Blues, especially the music of Robert Johnson. Toronto's music scene in the early 1970's was the perfect place for Davis to cut his teeth as a journeyman, having the opportunity to see and play with many legendary performers. Bukka White, Johnny Shines, Sunnyland Slim,Snooky Pryor, Hubert Sumlin, and John Hammond were encouraging supporters.

Davis has established a rich career as a solo artist, and also performs with stellar lineups of musicians as a trio or full band.

Morgan's passion for the Blues has never wavered... and he fully expects to be on the road for the rest of his life.

These guys tore the roof off the Townhouse in January, and had everyone out of their seats and dancing! We couldn't wait to get them back again - so if you missed them last time, don't let it happen again! They are positively electric performers - there's drama, intensity, closely controlled chaos, and something primordial just under the surface... Halifax based Jacques Mindreau, violin, and Corey Hinchey, baritone ukelele, form the core of the group, and they've recently added a young stand up bass player, . A listen to their  CBC music stream reveals influences from Roma and Eastern European folk traditions, conjuring visions of full, whirling, multi-coloured skirts, flying white shirt-tails, and long, dark beards.  There may even be a guest appearance from Antigonish's own gypsy-jazz violinist, Donald MacLennan...  Below is an excerpt from an article from The Coast.

"Folklore music," as Jacques Mindreau describes it. "We try to tell stories with our music."
Their stories come from everywhere: their dreams; their imaginations; old folk tales of wizards and horses. The goal is non-verbal communication: Hinchey, with his baritone ukulele, will strum and stomp without any sign of fatigue, while Mindreau, in addition to playing a wicked-fast violin, has an operatically dramatic voice, made all the more operatic by the fact that he never sings in English. "It's sort of ineffable, the stories," Hinchey says. "They feel the music, and they jive it, and they give it its life."

And - for those who haven't checked us out in a while  - we've introduced themed dinner specials for winter:

Fridays: Catch of the Day