A visit to Hell Bay…

Well, the summer is truly upon us now, and an update is well overdue. The lack of spaces suitable for our brewpub available in downtown Antigonish has led us to consider starting the brewery up on its own, still on a very small scale, in an industrially zoned area of town or perhaps the county. We figure it would be best to get brewing ASAP, perfect some deadly local ales, supply a few pubs/restaurants in the area, and sell some growlers from the door and possibly at the farmer’s market. This will keep us very busy for some time, and with any luck, before too terribly long, a great downtown space will become free and we can get the pub going…

So, after reading the recent article in the Chronicle Herald about the newest, and probably smallest, microbrewery in Nova Scotia, we decided we had to head for the South Shore to check it out. Mark and Melanie Baillie, of Hell Bay Brewing Co., live in Cherry Hill, between Bridgewater and Liverpool, and are brewing some mighty fine beer in a beautiful old barn. Mark had been home brewing for 12 years before he decided to allow the general public to sample his wares this past April. He works full time and brews twice a week on a 30 gallon system, supplying a pub called Lanes in Liverpool, and only very occasionally bottling. Their two flagship beers are Anchor's Aweigh Pale Ale, and Hell Bay English Ale (a very nicely balanced bitter), and he adds a few seasonal specialties into the rotation. Right now they have a Summer Wheat Beer on tap at Lanes. 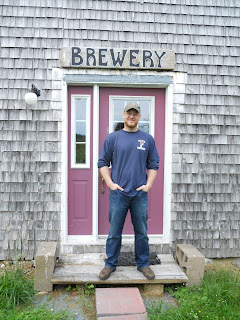 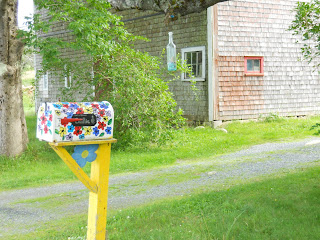 Mark was very obliging and let us tour his tiny brewery, answered all our brewing questions, and offered some hard won advice. For instance, on the perils of copyright, and the need to do a very thorough search for name and logo trademarks; they found out the hard way how tenacious copyright owners can be. They started out with the name Rusty Anchor, and thought their search had been thorough enough, only to find a cease and desist letter from Seattle’s Steam Anchor in the mailbox who apparently have anchors locked down. Their new name (and the all new labels and signage) comes from the nearest body of water. On the positive side, he reported that the NSLC were very straightforward and easy to deal with and that their brewing/selling licenses were ready even before the beer was. “The biggest thing we've found,” Mark said, “is that once we've opened everybody wants it (after all it is beer) so if you do start with a small system you should be thinking of how or when to up the size.” 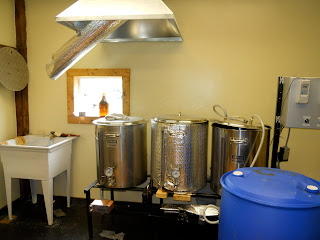 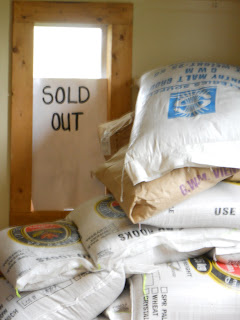 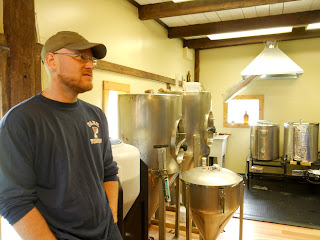 After only four months, Hell Bay is ready to brew bigger.  He picked up a 100 gallon system from Paddy’s in the Valley and will spend his vacation next month bringing it online. With the larger system Hell Bay will do more bottling and be available in select NSLC stores. Which stores, we wondered? The NSLC will put Mark’s bottles in the stores that sell the most local craft beers. We managed to procure a half dozen bottles of the English Bitter, and take our word for it – you want it in the Antigonish NSLC. So, we ask all of you to make sure to buy local this summer – this is not a difficult task with excellent beers from Propeller, Garrison, Picaroons, and Pumphouse currently on the shelves – and maybe we’ll see Hell Bay on the shelves this fall! 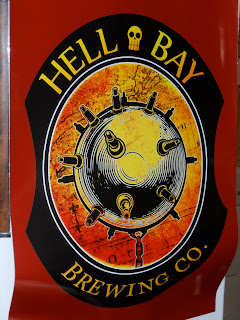 In the meantime you can find Hell Bay at the Halifax SeaportBeer Festival the first weekend in August! As usual comments or questions about anything and everything are most welcome!  What do you think about possibly opening the brewery only first? What kind of beer would you most like to drink? Bitter? Stout? Amber? Pale Ale? IPA? 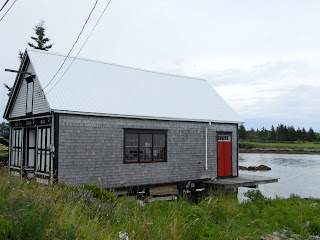 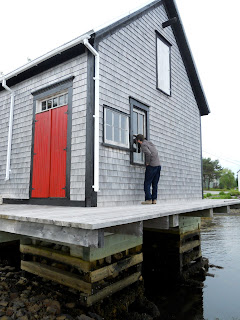