A new season, and a new brewing system...? 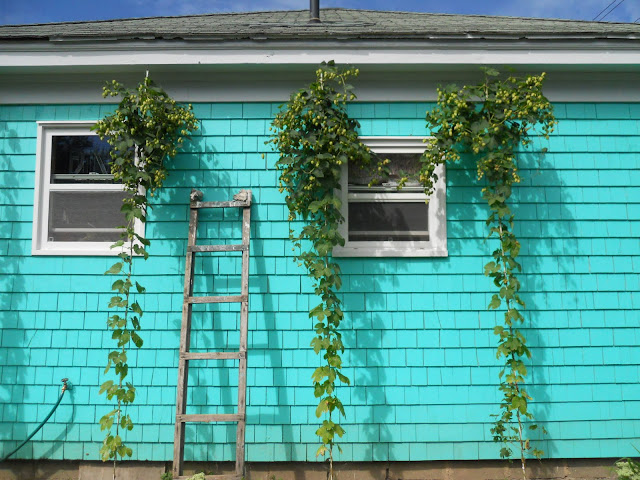 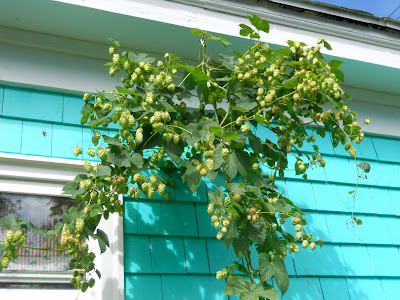 Well, it's officially fall, I guess. The air is certainly crisp, and the nights are unquestionably cooler. And as you can see, our Cascade hops are pretty much ready to be harvested!  In fact, Terry's latest IPA was brewed using some of these very hops - we're anxiously awaiting the first sip...

Not a bad crop for their first year, but we're looking forward to checking out the notes from last month's Hops Workshop in Cornhill, NB. A friend who attended reported it was a day crammed with excellent information, and should help us increase our yield in the coming years.

We're still working to pin down the perfect location, and a recent discovery of Terry's would give us a lot more flexibility when it comes to deciding on the right space for our brewpub!  While perusing his first issue of the American Homebrewer's Association's magazine, Zymurgy, he stumbled across a very interesting new ultra-mini Brewhouse from Germany. It's called the Speidel Braumeister, and instead of having separate kettles for heating your water, mashing the grain, and boiling the wort, this machine does it all in one kettle. And it's all electric, thus eliminating the large propane burners which could have been difficult to get okayed for indoor use. Terry's looking into it more closely, but it could be a good fit for us... 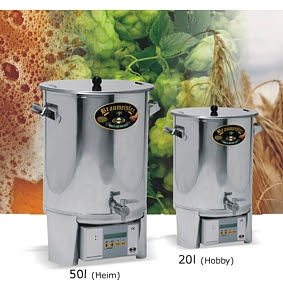 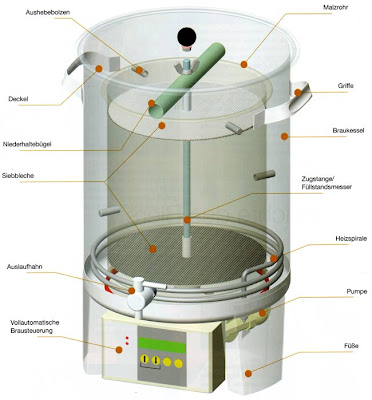 Check out More Beer's demonstration of the Speidel Braumeister!