Barley Sandwiches for everyone!

Sorry we've been so long between posts. I can assure you that it's not because nothing has been happening! We've been taking in some of the local political action, applying for some start-up programs that could be a big help in getting things up and running, welcoming back Seabright Garden's Susie and Will, and working on our research (which happily can include things like trying new beers and perfecting recipes for soda bread and ratios of cheese to pickles, etc, in addition to the number crunching, data collecting, and cold-calling).

!!!Big Announcement!!!
We're very pleased to be able to give you a (very) ballpark estimate of when the Townhouse will be up and running!!! If things go more or less as planned, we hope to be serving you great beer and great local food by the new year! I know it isn't as soon as some might like (including us!), but we think it's better to take our time and get it right! 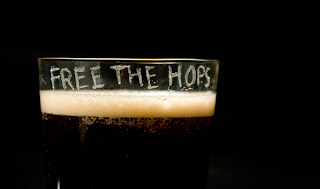 Craft brewing in the Maritimes
Over the past 6 months or so we've been having discussions about our plans and the local industry with the owners and brewmasters of Propeller and Granite breweries in Halifax, Picaroons in Fredericton, and Mill St. Brewing in Toronto. They have all been very encouraging! Like the UK, US, and Western Canada before us, the Maritimes are experiencing our own craft brewing renaissance. In fact, it's been suggested that the numbers of breweries in the US now exceeds pre-prohibition numbers. This is incredible! Before prohibition, each town or region might have had it's own beer brewers, but after prohibition the big guys took over (as they did here in Canada). The numbers of producers dwindled to just a few centralized mega-breweries. In 1983, the US had a total of only 80 breweries across the entire country, and 92% of these were owned by the top 6 brewing companies (including Budweiser, Miller, Coors, and Pabst). In 2010, the US brewing industry had 1'753 breweries, the highest number since the late 1800s!

Many of you will have noticed the increasing interest and options in local craft beers–just take a closer look around the NSLC for proof. Propeller, Granite, Garrison, Picaroon's, and Pumphouse, all from NS and NB offer an incredible selection of ales! And the infrastructure supporting craft brewing looks set to improve in our area too. There are currently several parties involved in talks about creating a Maritime grain malting facility and a hop pelletizing facility. This would make sourcing local ingredients far easier in the near future. In the meantime, Maritime grain is malted in Quebec, and many small producers are offering local hops in the summer for the production of all-local beers.

In addition, recent changes in NS legislation have significantly reduced the taxes levied upon micro-brewers. Just a few years ago our craft brewers had to pay the same taxes that the brewing giants like Molson and Labbatt's would pay, regardless of the scale of production. The changes in the law are now saving them tens of thousands of dollars each year!

Kevin Keefe at the Granite Brewery kindly pointed us toward some ideal equipment. With his help we've found a high quality, commercial brewhouse that is actually smaller than our couch, very reasonably priced, and can brew up to 3 kegs a day! Terry has been chatting with some folks in Ohio who are just finishing their first year of running a brewpub (much bigger than ours) with this same system and they report being very pleased with the results. 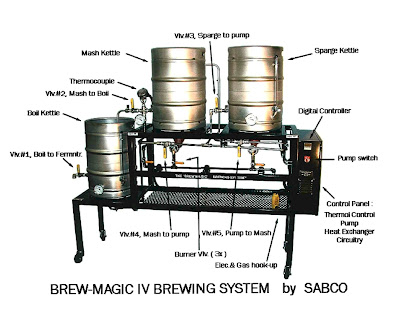 We're planning to brew one or two ales to begin with, that will only be available in our pub. We'd like eventually to offer keg set-ups for parties, and will also retail “growlers” (refillable glass jugs, filled from the tap with just under 2 litres of beer that must be finished shortly after the seal is broken) right from the brewery. Propeller, Granite and Picaroon's all strongly recommended we do so, as their growlers have been flying off the shelves. If you haven't already, we encourage you to stop in to Propellor's shop on Gottingen (right beside Staples!), or Granite's new location on Stairs St. in the North End, the next time you're in the city and bring home one of their excellent beers, including the short run seasonal options, in your very own refillable, refundable growler!
All in all, we're pretty confident that this is a great time to get into craft brewing in the Maritimes!
Draft vs. bottles?
We're big promoters of draft beer. It's fresher, less aggressively carbonated, dispense with wasteful packaging, and when served properly, tastes much better! It sometimes gets a bad rap, you've probably heard people blaming the draft for a wicked hangover. The problem in most such instances is a combination of factors. People who aren't used to drinking draft may not realize how much bigger most pints are than bottle and so drink more than they think. Also, depending on the type of beer on tap, the alcohol content could be considerably higher than they are used to in a bottle of Bud or Corona (4.8%). An imperial IPA, for instance, can be up to 9 or 10%. Also, as prominently featured in urban mythology, the scuzzier bars may not service their lines enough, and dirty lines can result in bad beer.

But I can tell you one thing about  Terry. He really, really cares about the quality of beer. He was the keg guy for Propellor a while back, and understands the importance of sanitation and regularly cleaning draft lines. We're looking forward to changing your mind about draft beer and offering you the tastiest, freshest micro-brewed Maritime pours in town! We're also seriously considering getting a cider on tap. At present the only option through the NSLC are Strongbow kegs, however, I've been in touch with NS's own hard cider producers, Stutz, and they say they are looking into keg production!

That being said, due to space and overhead constraint, we won't be able to offer everything we'd like on draft. So we'll have an excellent selection of bottled brews too. Including beers we can't get in kegs–like one of my absolute favourites, Pumphouse's excellent Special Old Bitter (SOB), wheat beers like Propellor's Hefeweizen and Erdinger, organic options like Toronto's Mill St. and Oxford England's Brakspear, and lagers. As far as we know, we can't get a Maritime brewed lager on tap. Not many in the Maritimes seem to brew lagers, possibly because it is quite a different process from ales. It uses a different type of yeast (bottom fermenting instead of top fermenting like ales), and is fermented at a much lower temperature for a much longer time. Has anyone got an outstanding lager they'd recommend we stock? We'll also be sure to include a couple of gluten free options. Has anyone tried the gluten free offerings at the NSLC? They have Messagere, Glutaner and Scnitzerbrau–we're wondering if anyone has a favourite? And we'll be sure to include some bottles of the Maritime establishment–Keiths, Olands, Clancy's, etc.

So we'll leave you with our Proposed Draft Beer Menu (!!!), some great beer links, and a few questions: 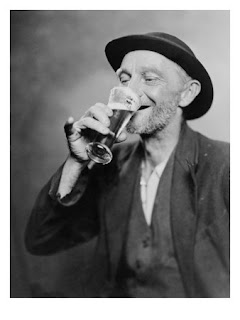 So, we'd like to know what you think about beer and our proposed selection!

Do you prefer draft or bottles? And why?
What kinds of beer do you like? (Pale ales, Bitters, Stout, Lagers, fruity beers?)
What would you like to see on tap?
Would you be interested in draft cider as an option?
What are your absolute fave beers? Local and imports!

Let us know by either commenting here, or sending us an e-mail (see contacts at the top of the blog!).

And the beer links:

Brewing TV. Terry's current obsession, these guys do a great job of covering the craft brewing/ homebrewing scene in the US. Episodes include a visit to a Community Supported Brewery just before it opens, visits to hopyards, brew competitions and festivals, plus lots of how-to's and tastings.

CAMRA – The Campaign for Real Ale, a passionate traditional beer promoting organization was formed in the 70s to try to ensure the UK didn't lose all it's small ale producers. It's a wealth of info on real ales, brewing history, pubs, pub tours, etc.
Brewer's Association, the US equivalent of CAMRA.

A neat little article about the elusive Moncton nano-brewery, that also mentions a great little brewpub we visited in the Gaspé last summer, Le Naufrageur, run by friends of our crazy Gaspésienne friend.

A video of the Dogfish Head Brewery founder, Sam Calagione, demo-ing the brewing equipment we plan to use.


Cheers, and we look forward to hearing from you!