Last weekend we made a very brief but leisurely trip to Wolfville and Port Williams to conduct some research. Essentially this meant visiting the farmers market to meet wine and cider reps, hitting a yard sale where we found some great old light fixtures, and, of course, visiting some of the valley's great little pubs! This is, of course, the really pleasurable side of our business preparations (in case you're getting too jealous, I'll assure you that the week that followed was far less enviable, consisting of endless phone calls and e-mailing to alcohol and gaming officials, banks, liquor commission reps, lawyers, and architects, bugging suppliers for specs, dragging electricians through buildings and floor plans, and a particularly labyrinthine internet search for wheelchair accessibility dimensions, etc., etc., ad nauseum). 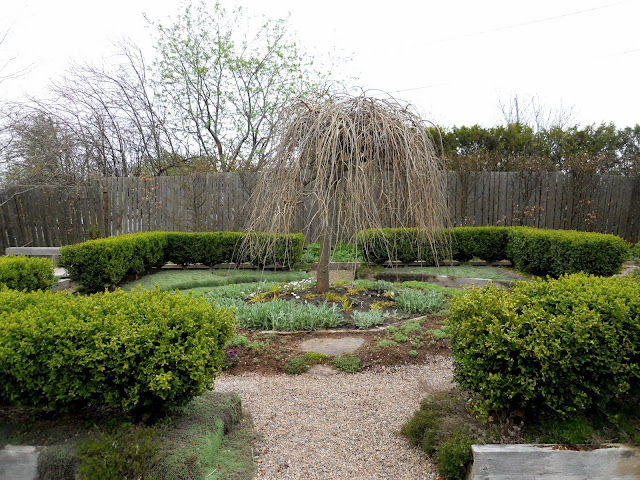 We started with an early morning stop at the Tangled Garden. The valley really are at least a week ahead of us, and the leaves and greenery in the gardens were a real treat. I couldn't resist the preserves in the windows. If you ever run out of ideas for jams or jellies, they've got some winners–ginger lime thyme, quince & rosemary, apple sage... 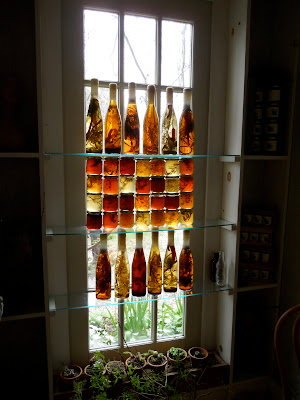 Wolfville, from all accounts usually bustling, was really thrumming with activity that particular Saturday.  Our beeline to the Just Us cafe took us straight to the Annapolis Valley's first independently organized TED x conference. IF you're not familiar with the TED series or format check here: TED.  The theme had to with ideas for connecting rural communities and featured talks form university professors, Isabelle from the Heartwood, and the awesome Patricia Bishop of Taproot farms on CSA veggie production. This has me thinking, let's put on a TED conference Antigonish! But this is for another conversation - anyone interested in helping to organize one (maybe in our fabulous new library?) do let me know!

Our main objective was to meet with Wayne Shankel, the brewer at Paddy's Pub. Paddy's has been brewing great beers for over 15 years now, first at their location in Kentville, and more recently here in the Wolfville location. Wayne has been brewing their for 10 years now and was a really lovely and generous guy and stopped in on a day off (after his son's ill-fated soccer game) to answer all our many questions. Paddy's only has their own ales on tap and go through about 14 kegs a week. They brew between 80-90 times a year. But Wayne says he's in there checking on things, cleaning things, doing something pretty well everyday. And did we mention he really knows what he's doing? The beer he's putting out is VERY tasty. We particularly likes his bitter (Annapolis Valley Ale), his stout and his remarkably crisp and refreshing pilsner. Too bad they don't bottle. You'll just have to stop in for a pint next time you're in the valley. 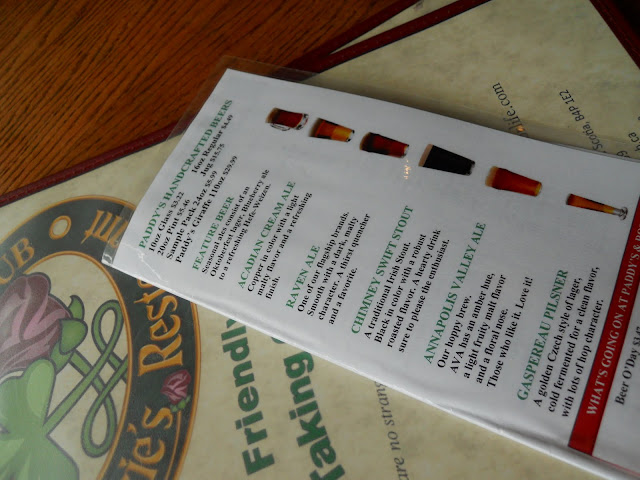 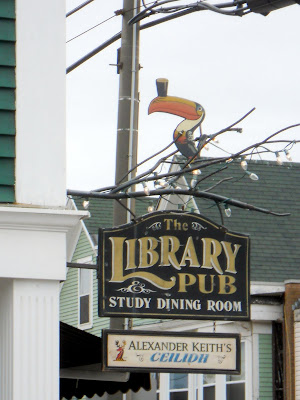 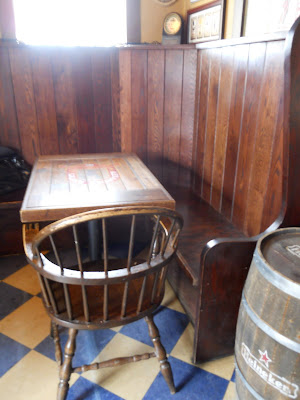 To finish off the trip, we met up with my folks and managed to squeeze ourselevs into the Port Pub, among the throngs of Acadia grads and their families, for a quick dinner and a sampling of Randy Lawrence's adjoining Sealevel Brewing Co ales. The Port is the Port Williams pub I mentioned in a previous post on fundraising where residents raised money to open by starting a CEDIF . The staff were friendly and fun, the food was excellent (we had lamb burgers, sweet potato fries, crab and lobster dip, a delicious salad with roasted beets and feta cheese!), and the beer was also very, very good! I especially liked the Dusseldorf Altbier they had on tap. Although we had a lovely time there, we all agreed the atmosphere was a little too formal or grand for our plebeian tastes... 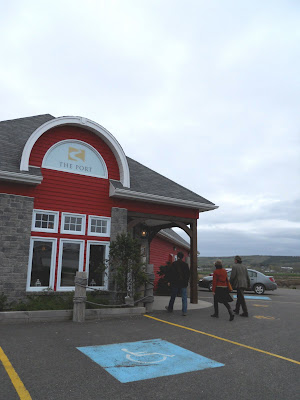 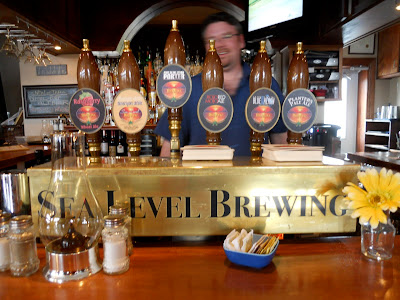 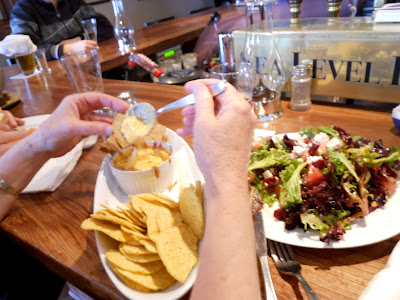 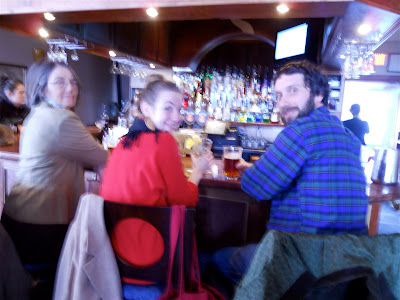 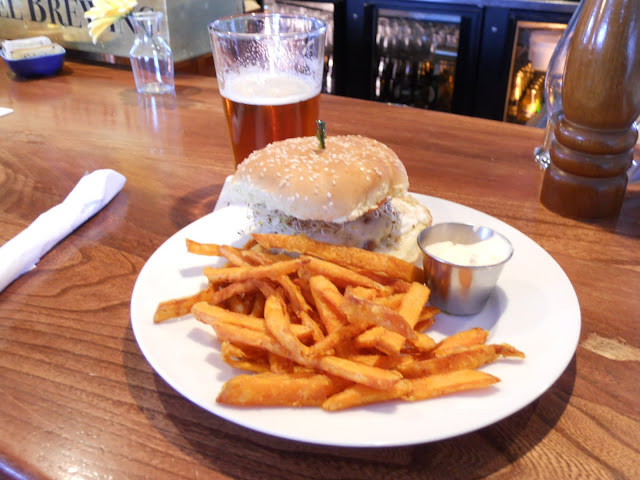 All in all, it was a pretty interesting and encouraging trip. Surely if the Valley can support 3 brewpubs, Antigonish could manage at least one!
Posted by Rose at 12:43 PM