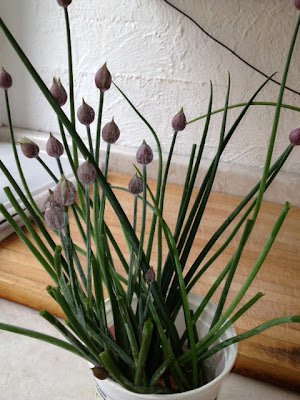 Well, folks - spring has finally sprung and with it has come all sorts of bright green things. We've already run through the fiddleheads, ramps (wild spring onions), and nettles, and are now getting fresh salad greens with all kinds of wild flavours from Seabright Gardens and MacLennans Glenn - including a blend of baby brassicas (like broccoli and cabbages), arugula, mesclun, and beautiful pale green pea shoots. Even a pile of beautiful tender young asparagus shoots! As you can tell, we're pretty happy to be able to start featuring fresh local produce again! Even the bar is getting shaken up by a home-made rhubarb syrup we're using to make our white wine spritzer and a delicious rhubarb gin fizz.

We're also in the midst of a bit of a menu transition for the summer, so keep your eyes peeled for new items, and we'll announce the official change over in the coming weeks!

Beer Update
What you all really want to know, of course, is what the heck is happening with the beer. Well, Terry is hard at the test brewing. He's about to do his 6th batch, trying out different malt combinations, hops, and slight recipe variations, in search of the perfect brew... The first few batches have been promising, but there is still a little ways to go. The beer will be a pretty classic English Bitter, and we are cask-conditioning it which means putting the beer through a secondary fermentation to produce a natural and gentler carbonation instead of force-carbonating it with CO2. Also known as "Real Ale" in England, cask beer is usually served on an old-fashioned beer engine or hand-pump. We have a beautiful reconditioned Angram hand-pump we look forward to mounting at the end of the bar, and look forward to (literally) pulling the pints from the keg.  I know this may not mean a lot to everyone, but it's a big deal in the beer world, and getting to   hwe're aiming for sometime in July, but we'd rather have it coming out late and pretty darn close to what we consider perfect, rather than launch something sub-par. 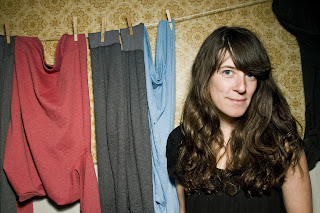 Juno award winning chanteuse Julie Doiron returns to Antigonish to beguile us with her unique sound and songwriting–at once humorous and heartbreaking, simple and childlike one minute, dark and raw the next. The present finds Julie with 20 years on the road under her belt and probably even more albums–from her start with Eric's Trip in the early 90s, Julie went on to record 13 solo albums, plus recordings with Shotgun & Jaybird, Gord Downie, Herman Dune, Mt. Eerie, and Dan Romano. So Many Days, her newest record is the third in a series produced by Eric's Trip's Rick White. Her live shows are wonderful–unpredictable, endearing, and usually hilarious. Show starts at 9pm, come early for the best seats! 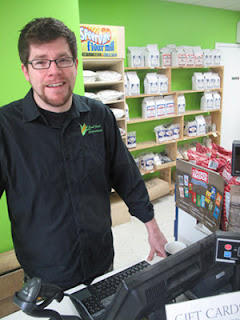 Although we're not hosting this event, we are helping to put it on, and wanted to let as many people know about it as possible!
-
Levi Lawrence of Real Food Connections, a local/organic grocery store in Fredericton, will be giving a talk to anyone interested in the possibility of opening a local food store downtown Antigonish. Jointly hosted by VOICES, the newly formed Antigonish Local Food Store Committee, and Sustainable Antigonish. Lawrence is a lively and engaging speaker, really motivating, and very successful young entrepreneur. Starting out with only a minivan and website, his business has grown to sourcing from 147 Southern New Brunswick producers, with all food groups covered, and in addition to internet ordering, and CSA/delivery, he now runs a full size local foods grocery store.

Anniversary Party - TBA, Early July, 2013!!!
Hard to believe it, but we are fast approaching year 2 of existence. Obviously, this calls for a serious party. Stay tuned!!! It's gonna be a great time...

So, yes, thanks again for all your support in this the Townhouse's infancy, and here's to the inarguable end of winter!